Peace, Be Still
Written and published by Jean-Louis 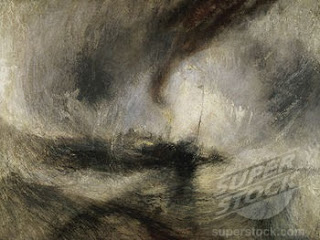 For he spoke and stirred up a tempest
that lifted high the waves.
They mounted up to the heavens and went down to the depths;
in their peril their courage melted away.
They reeled and staggered like drunkards;
they were at their wits’ end.
Then they cried out to the LORD in their trouble,
and he brought them out of their distress.
He stilled the storm to a whisper;
the waves of the sea were hushed.
They were glad when it grew calm,
and he guided them to their desired haven.
Let them give thanks to the LORD for his unfailing love
and his wonderful deeds for mankind.
Let them exalt him in the assembly of the people
and praise him in the council of the elders. Psalm 107: 25-32.

Land, land, a chorus of sea-gulls heralded
Childlike, dolphins merrily pirouetted
Celebrating with the rhythm of whimsical waves
This propitious journey with delighted voyagers.
-----
Suddenly, a venomous storm
Escaping from an Aeolian windbag,
Stinking and green with envy
Unfurled its fury on the peaceful seascape.
-----
The cloudy canvass thickens,
The undulating liquid walls
Rise, with threats of wrath.
Are we in this deadly dance moving
Toward an unavoidable shipwreck?
-----
The increasing tempest suspends
The harmony of the Mediterranean abyss
Feeding the human fear
At the thought that our last hour
Had chimed without any recourse.
-----
The heart in this reflex instant
When the compass swings wildly
Remembers that God exists
And humbly kneels
Asking for pardon and mercy.
-----
Past is the time for good deeds
No more “Our Father”, “Hail Mary”
Nor "Aum Shanti" to recite on beads
The re-winded video unfolds as lightning
On the screen  of the impotent memory.
-----
The refuge of conscience is no use.
No more hypocrisy, no more subterfuge
Everything is in the scales
No more karma, no more bribes
Here come the angel executioner
Executing the sentence
Or eternal life and its recompense.
-------
As I was quietly contemplating my lot
A soft voice, above the furious wind
Asked me the following:
“Tell me, “can you with one word, calm the waves?
Perhaps, are you the captain of your own ship?
Can your eyes pierce the dark clouds
And predict your own future?”
------
Recognizing the divine presence
and the still small voice
That saved my life many times before,
From war, from human violence,
From unchained elements,
I left my appeased heart
In the hands of my Savior
Who invites all sinners to come and rest
In the secure love that emanates
from the mercy seat surrounded
by the wings of the worshiping cherubim.
------
At last, my struggle calmed by his Word
The ship arrived safe at port
Where, from the beginning
It was following its intended course.
Posted by Jean-Louis at 4:08 PM

NEW -- What is Wrong with Yoga? 6 short presentations

YOU ARE INVITED TO VISIT MY NEW "ENGLISH ONLY EDITION" OF THE LIGHT SEED AT: http://lightnseed.blogspot.com

Come and visit my new blog exclusively in Portuguese designed to reach Portuguese speakers all around the world.
"A Semente de Luz" @ http://asementedeluz.blogspot.com.br/

Testimony/Sermon of an Abortion Survivor

I am sure most of you have known at some time in your life a person who wanted or attempted to end their life or succeeded in doing so. Personally, I have known a number of such people. I, myself had such an episode as an adolescent.

More and more I am reading and hearing about people young, old, male, female, gender and age don´t matter that add their lives to this problem of epidemic proportion in our society. Whatever the cause, we can all do something however small to save lives.

An understanding heart, a listening ear is sometimes all that it takes to help weaker, more sensitive people overcome the hopelessness that drives fellow human beings to discard the gift of human life.

Please, take a few minutes to read below the few examples and testimonies about suicide. And please pass it on, if that´s all you feel inclined to do. Thank you.

HE INVITES SUICIDE JUMPERS FOR A CUP OF TEA

Don Ritchie moved to a house outside Sydney, Australia, for the clifftop view. But soon he was stopping suicides by inviting potential jumpers inside for a cup of tea.

Don Ritchie has been awarded a medal for bravery and an Order of Australia (the nation’s second highest honor) for averting hundreds of would-be suicides by approaching people and offering them a cup of tea. ‘I used to sell kitchen scales and bacon cutters,’ he says. Now, ‘I’m trying to sell people life.’

I jumped off the Golden Gate Bridge

"I Jumped Off The Golden Gate Bridge"

Me Before You - an opinionated review from a real paralyzed woman.

A Single Sentence that Saved my Life - Click on the Image -

AS LONG AS THERE IS LIFE, THERE IS HOPE

The Bridges of Constantine my hometown

Collapse of the Petrodollar System

CONSTANTINE- the city of my youth. Memories of yesteryears

The Djurjura Mountains in Algeria

The magnificent mountains I could see from my balcony in winter where I was born and grew up.

Click on the image to know our translation company